Welcome in our great Team !

“Success is final, failure is not fatal. It’s the courage to continue that counts!”

First in Auvergne, then 45 years in the Paris region with an incredible past and a car network of more than 700 dealers and agents, the Chardonnet family’s adventure in the car business has a new beginning in 2012. Sébastien, who was a professional driver in the WRC, decided to create his own company in a workshop in the Alpes Maritimes.

The economic model of the company will be to manage the sporting career of Sébastien CHARDONNET, his partner contracts and to set up public or private events within the framework of motor sport. The objective was to federate partners around several event and sports projects in circuit or rally.

Later on, on another level, in our premises, we restored Autobianchi A112 ABARTH, they were prepared for sport regularity events such as the Tour de Corse Historique, Le Tour Auto and of course the Rallye Monte Carlo Historique from 2013 to 2019. In 2014, there was Pierre CASIRAGHI (Son of Princess Caroline of Monaco) & Daniel ELENA (Co-driver of Sébastien LOEB) at the wheel of beautiful A112 ABARTH CHARDONNET!

Progressively we have developed our structure and our range with creations or renovation such as a Lancia Beta Coupé Group 4, a Lancia Beta Montecarlo Group 4, an Alfa Romeo GT2000 VELOCE, a Lancia Delta Group A or a Lancia Fulvia 1300S.

In 2019 & 2020, for strategic and economic development reasons, the Chardonnet Compétition structure is technically allied with the AB SPORT AUTO company. Thus, current and future projects are undertaken from a 1500m2 workshop dedicated to the construction of prestigious automobiles.

Thanks to this evolution, Chardonnet Compétition is transformed into Chardonnet Automobile and diversifies its offer and services. Based on its experience acquired through the services of its network, it turns to the realization of public or private events and to the training for its professional relations within the framework in particular of company seminars.

As coaching is of particular importance to us, we have strengthened our team by adding several state-qualified instructors to meet the demands of our clients.

Finally, in the spirit of the family tradition, through our services and our knowledge, we offer to guide you in the acquisition of your prestige or collection model. We will accompany you until the moment of delivery.

“The automobile is the adventure” 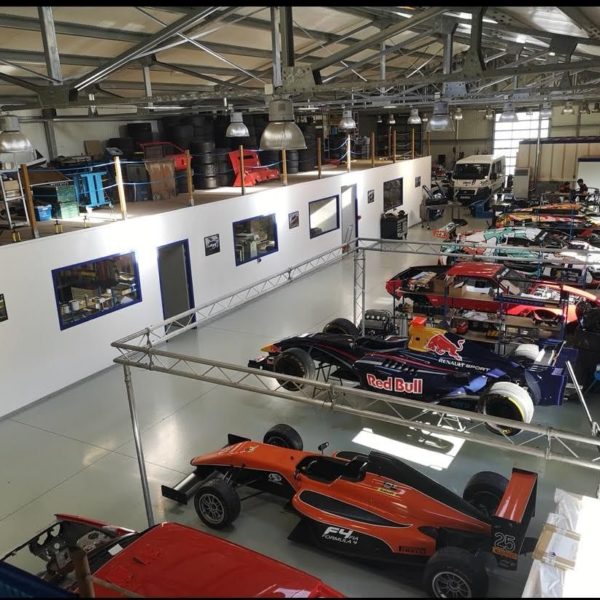